by Sean from spookshow.studio
June 2021 Update

Back in March, I started becoming interested in the old handheld system from Nintendo, the Game Boy Advance (GBA): 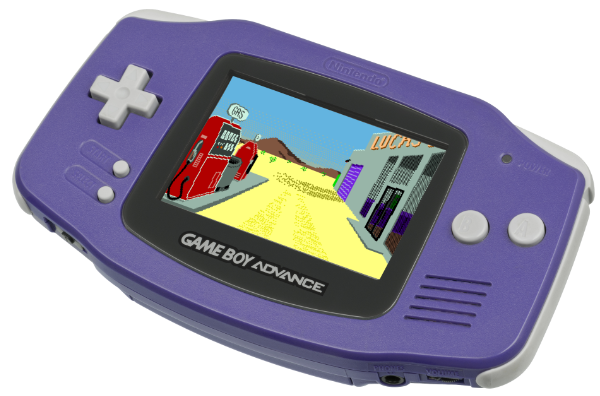 When the GBA was released in 2001, I fell in love with it immediately. It's like having a SNES in your hands!

I remember being 19 years old, programming demos and tools for it. In fact, a lot of it is still online at gbadev.org to this day.

Recently, I started to think: is there any way I can incorporate the GBA into Spook Show Studio?

It would be too hard to have the full editor on the GBA, but wouldn't it be cool if you could design a point-and-click game on your computer, then publish it to the GBA?

I wouldn't restrict the desktop game -- I would still allow people to trade adventures and edit each other's creations. Publishing to GBA would be like printing to PDF. If you have the original, you can continue editing, but you can't edit the published version.

Surprisingly, the current designs for Spook Show Studio are not that far from being compatible with the GBA. With a few tweaks, I think it will be totally possible to publish adventures as GBA games.

Here is a before and after mock up: 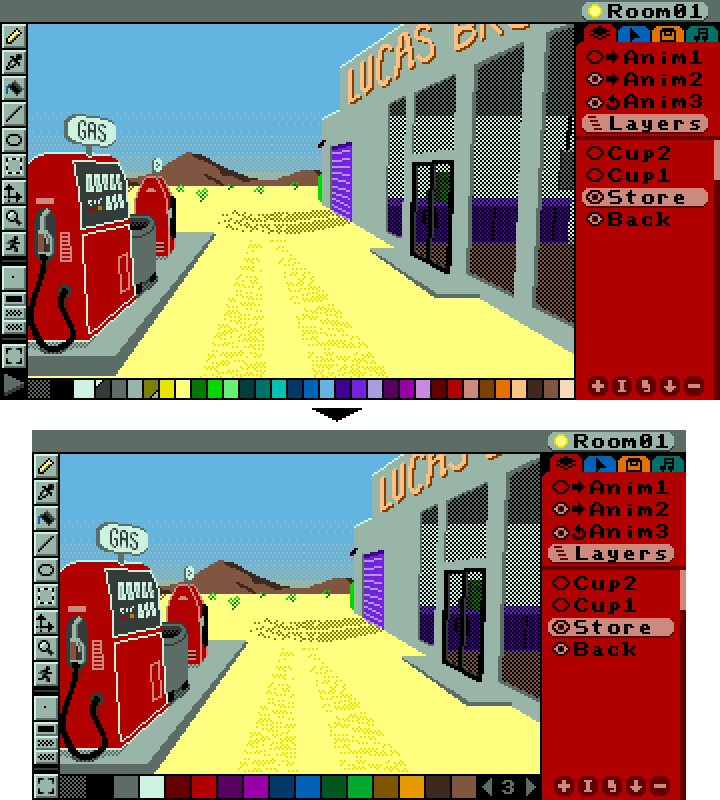 For this to work, I need to program a game engine for the GBA.

I've started by creating an assembler for the GBA.

An assembler takes low-level code and converts it to a .gba file, which runs directly on a physical GBA (or an emulator).

I still have more work to go, but it's looking good!

Publishing to the GBA is cool for a lot of reasons:

Most games eventually stop working. As game engines and platforms change, they introduce incompatibilities, and it requires constant effort just to keep a game alive.

However, the GBA is well understood and documented. That means when Windows 21 comes out in the year 2040, you don't need me to make sure Spook Show Studio works on it. If you published your game to a .gba file, then you'll only need a GBA emulator.

You won't be able to create new adventures, but at least your old ones won't be locked away in some unplayable format.

2. The GBA is well designed

Why the GBA instead of, say, the NES? Or the original Game Boy? Or the SNES? Or the Sega Genesis?

The GBA was a portable console, so it came with its own screen. That might seem inconsequential, but retro consoles are complicated a lot because they had to work on a variety of TV screens at different frequencies. The GBA doesn't have those issues.

The GBA has a wide screen compared to other consoles at the time, so it fits better on modern wide displays.

The GBA also has a 32-bit CPU, which is a lot more powerful than the other retro consoles.

There are stores online that allow you to take a .gba file and copy it to a physical cartridge.

So if you make an awesome adventure in Spook Show Studio, you'll be able to get it on physical hardware, and sell actual cartridges to retro game enthusiasts!

Hopefully you can see why I'm excited at this idea.

It might not be something you've considered, but I think it will help preserve any games people decide to make with Spook Show Studio -- and I will definitely be releasing my own point-and-click games for the GBA :-).

Thanks for following along!